Henri Rousseau was a French painter, born in 1844. Rousseau was born to a poor family and served in the army for four years before going on to become a customs officer at the edge of Paris. He worked until he was 49, painting on the weekends, until he could retire and focus fully on his art. He taught painting lessons, performed as a street musician, and did other odd tasks to earn enough money to live as he painted. 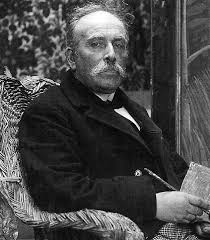 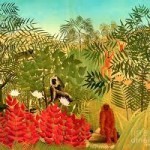 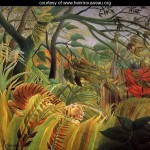 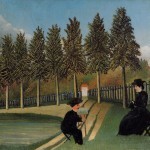