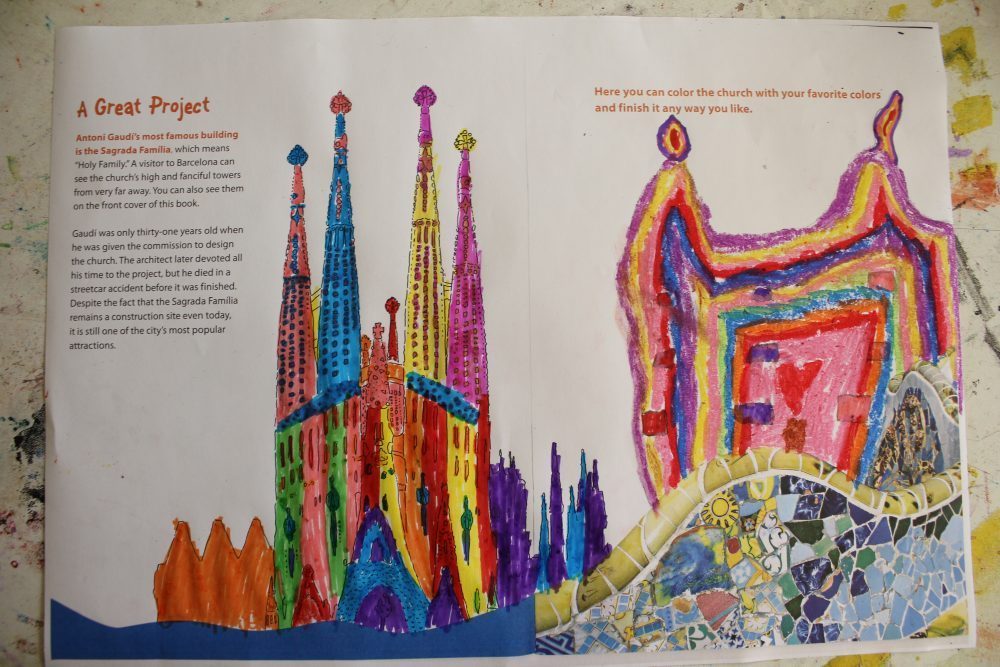 Special mention to Sam and Addison from Hokusai who both put in a tremendous amount of effort, but really everyone today worked very hard.  Possibly because the children were extra inspired today after looking at the work of Antoni Gaudi – lots of ‘wows’ as I showed them his buildings, rooftops, mosaics – they were gobsmacked by Sagrada Familia and several exclaimed that they really wanted to visit it – asking me if this was possible!  We talked a lot about being non conformist (Gaudi was seen as extraordinary in his day and some people even thought his work was ugly) and having the courage to be yourself creatively.